How to be a Game Changer: Intro

In battle, do not think you have to win. Think rather that you do not have to lose.

We may be rarely if at all involved in battles today, but “games” are all around us, and every interaction we participate in can be thought of as a game, with its own rules, frameworks, and expectations about the participants. Such games exist in negotiations, relationships, and other interactions.

For example, imagine we are driving in a city, and we follow all the signs and rules of motion. In a sense, we’re playing the “traffic game”. It is a game which allows people in vehicles to move safely from point A to point B. We have options on how to play this game. We may actively change lanes in order to try to move faster through the road and arrive sooner. Alternatively, we may decide to stay in our lane, and take longer to reach the destination, but avoid the complexity and risk of switching lanes, resulting in a more relaxed, safer drive.

Or we may look at the whole vehicular traffic, and ask ourselves “Why should we play this game at all?” and come up with contrarian answers. We might decide not to play the traffic game with a car, but with a motorcycle, to be even faster and more flexible, trading off safety. We might consider a bicycle, e-bike, scooter, skateboard, public transit, or even walking. We are already starting to think like a game changer.

To go a step further, we may even decide we do not like any of these options and move to another city, or a town, or even a cabin in the woods. We are now a game changer, as we’ve changed the game that at least some people in society play - ourselves. Yet by opting out, we affect not just us, but the whole urban vehicular traffic for everyone else.

We may ask, what makes anyone a game-changer? How can I become one? Should I be a game changer? Which games should I change? 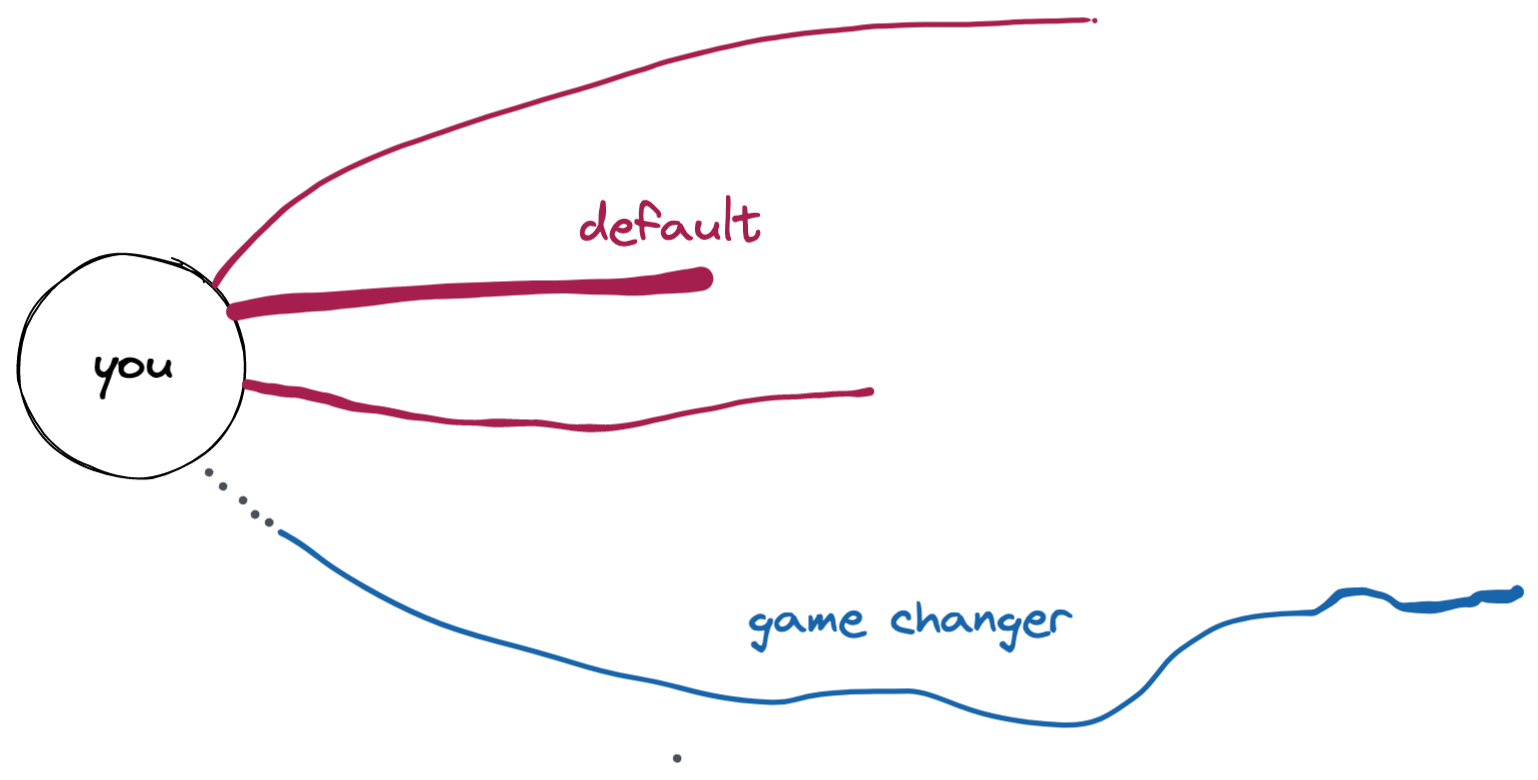 Let’s figure it out together. This is the first post from a sequence of 13 posts which will explore the topic in more detail, and plenty of examples. I will be posting one short post every week, and we’ll cover examples such as situations with limited resources, artificial scarcity, status, sales, cynicism, slippery slopes, obstacles, arbitraje, repeated games, the scapegoat game, no-exit environments and others.

Which games to change?